Hickl takes over leadership at Holmes 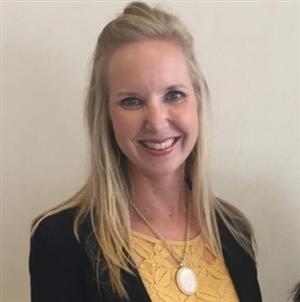 Kimberly Hickl has been selected by Bay City ISD as the new principal of Tenie Holmes Elementary School. Hickl has served as Holmes’ Assistant Principal since Spring 2016 and brings 13 years of education experience to the job. Hickl is replacing Estela Reyes, who has moved to Bay City High School to serve as that campus’ principal.

During her time as AP at Holmes, Hickl has managed many programs and initiatives. She has served as the Special Education Program Administrator at the campus, where she improved ARD (Admission, Review & Dismissal) scheduling to minimize loss of instructional time. As Response-to-Intervention (RtI) Administrator, she revamped the master schedule to improve fidelity of RtI for students. After disaggregating STAAR and TELPAS (Texas English Language Proficiency Assessment System) data and identifying writing as an area across the campus needing improvement, Hickl implemented a campus-wide writing initiative. She’s also led in other areas at the campus including student discipline/building positive relationships, rolling out T-TESS (Texas Teacher Evaluation and Support System), developing Behavior Intervention Plans and Individual Safety Plans for students requiring behavior supports, coordinated/organized/facilitated many school-wide events, and much more.

Prior to serving as Holmes’ AP, Hickl worked in BCISD as an Instructional Programs Specialist, coordinating and training administrators, testing coordinators and special education teachers across the county for new state assessment testing. She also implemented a new Federal 504 compliance system (eSped) and provided campus 504 Coordinators training in the county. She collaborated with campus intervention specialists in compiling and analyzing data to better direct instruction, and helped develop RtI systems for elementary campuses, among other duties.

HIckl’s classroom teaching experience includes stints in Navasota, Alief ISD, and in Bay City ISD. She is a graduate of Bay City High School, and earned her undergraduate degree at Texas A&M University. She has a Master’s degree in Educational Leadership from the University of St. Thomas in Houston.

Hickl is married to EJ Hickl and has one step-son, Slade. She enjoys supporting her husband and her step-son in drag racing. She also enjoys being a  baseball mom and spends countless nights at the baseball field. In addition to these two hobbies, Kimberly and her husband enjoy baling hay together on hot, sunny days!

Hickl is excited for the opportunity to serve Tenie Holmes in this leadership capacity. “I try to keep in the forefront of all decisions, ‘Is this best for students?’ “ Hickl said. “I look forward to continuing the collaborative efforts that Mrs. Reyes began with teachers, parents, students and the community.”